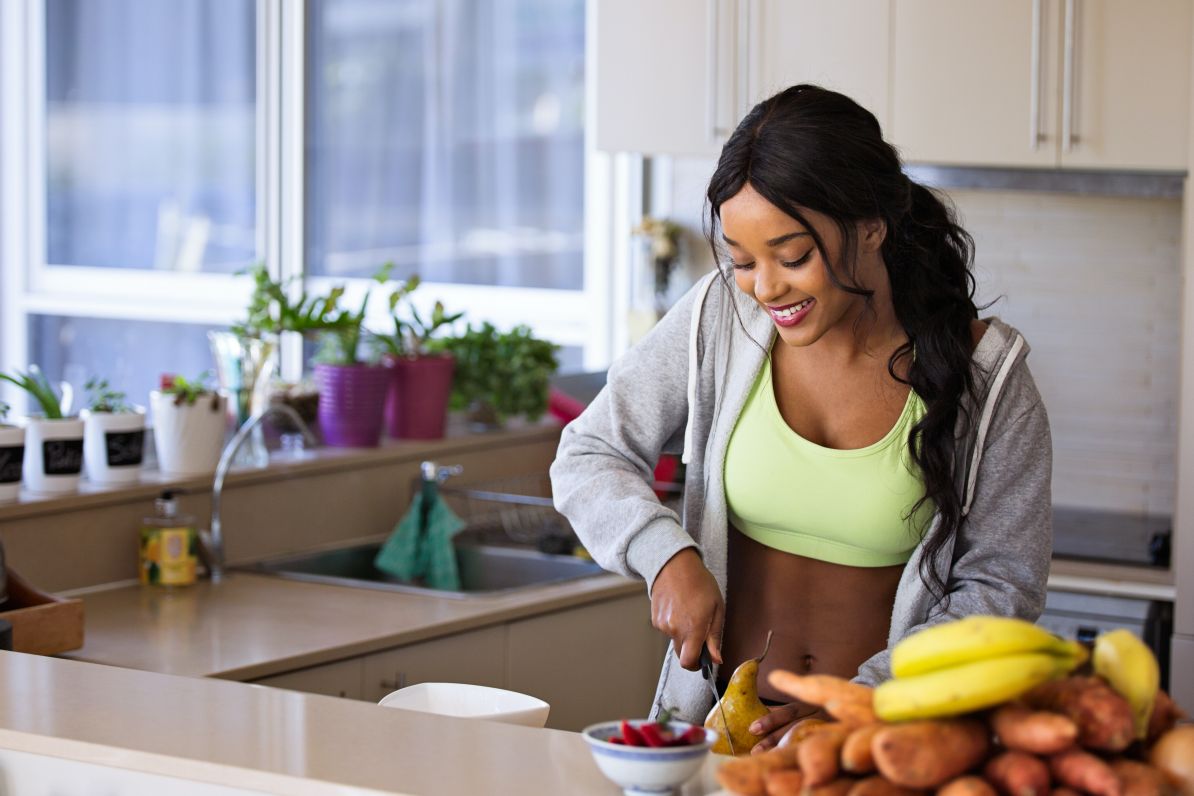 “I can’t eat in front of you mate, you always eat so healthy, I don’t know how you do it.” He said between mouthfuls.

“Because I give a toss about myself mate, that’s why.” I said with a cheeky smirk. He raised an eyebrow and then turned his attention back to the ketchup oozing from the side of the roll he had just bought from a nearby commercial bakery.

This used to be an almost daily occurrence for me, when I worked in a bike shop (apparently healthy living isn't a priority in the bike retail industry) and I don’t even think about it too much to be honest (until now obviously). When you break it down, the question shouldn’t be why do I eat so healthily, but why is not doing so the norm? Why is it that everyone I work with can’t be bothered to batch cook some tasty and nutritious food to take to work each day? I’ll tell you why, because they don’t approve of themselves. The thing is, one of my main motivators for taking a pre-packed meal in with me is because it’s cheaper to cook up a batch of chicken breasts and potato wedges, or savoury rice and take that into work each day than it is to go to Greggs and buy a bacon baguette, sausage roll and packet of crisps each day. So, not only am I investing in my health I’m also investing in my financial security. It’s a no brainer. The perceived cost of healthy eating is a common excuse people make for not eating that way, but in reality, they’re just making excuses, and validating their poor choices. I’ve said this so many times in the past, that I’m sick of hearing myself say it but here goes.

If you can’t find the time to eat well and exercise, you’re basically admitting that you have no value as a person. There’s always time for doing things that matter to you. Therefore, eating good food and taking regular exercise seem less important than vacuuming out the seats of your car, watching the latest episode of Britain’s Got Talent or arguing about identity politics online, because those habits come naturally to you. They are part of your self-image. Like exercise and good food are part of mine.

Anyway, for those of you who do care, here’s a few reasons why eating well and working out shouldn’t even be options in your life and none of these reasons have anything to do with body composition or weight loss. Although, improved body composition will almost certainly come as a side effect of doing these things, what’s not to like about that?

1. Protein is good for your bones

Contrary to common and outdated thinking protein does not cause acidosis or bone demineralisation. In fact, higher protein intake is associated with improved bone mineral density and decreased risk of osteoporosis (1,2). The current government recommendation of 0.8g per kg of body weight is not dangerously low but a minimum intake closer to 1.2 g/kg does seem to be better (7). Further to that an even distribution of leucine rich protein over the day appears to have the best effect so getting protein in at each meal is important.  There is still more research to be done on the subject to confirm the exact mechanisms, but it is now beyond doubt that higher protein intake is not harmful.

What does this mean for you? Instead of having cereal for breakfast, a sandwich for lunch and whatever for dinner, you’re much better off having a good serving of protein dense food with each meal. Not only does this have a positive impact on appetite control but it might just save you from repeated trips to the hospital on cold and icy winter days as you get older. Yeah, I know, you’re young and being old is years away but you might well second guess that attitude 40 years from now when you’re sitting in a traction bed over Xmas, being spoon fed blended turkey and sprouts because you slipped and broke your jaw, collarbone and both arms.

2. Lifting weights is good for your bones

Not only should you be eating more protein to maintain a healthy skeleton but resistance training - in fact any load bearing exercise - is well known to help improve bone mineral density. One meta-analysis of data (3) determined that progressive resistance training either improved or, at-least, prevented the worsening of bone demineralisation in post-menopausal women. However, combining resistance with load bearing and impact based training (plyometrics/running) showed even better results.

Basically, if the idea of training for aesthetics doesn't appeal to you then train to improve the structural integrity of your skeleton instead, especially if you are a post-menopausal woman, yep, less aerobics and more pumping iron ladies. This is about quality of life and longevity.

3. Full body resistance training is good for your back

According to one study (4) a basic full body strength training program performed by obese subjects with chronic back pain resulted in obvious improvements in lift strength, no surprises there. But the subjects who did the lifting, combined with a lumbar extension exercise (compared with a control group who only did the lumbar extension exercise) also demonstrated reductions in post exercise pain levels and an overall reduction in chronic pain after the 4-week intervention.

This was more than just physical, the psychological effects of pain catastrophizing, where subjects fixate on pain and therefore exaggerate their experience of the pain, were reduced. In other words, resistance training improves pain tolerance as well as protects against injury. That’s a win, surely?

But, it’s not all about bones and pain, there are other benefits to adopting to healthy habits.

A number of recent trials have shown the profound health benefits of regular activity. One study performed on 80,000 British subjects (5) observed that those who took part in sport on a weekly basis saw incredible improvements in life expectancy. This included up to 50% improvements in all-cause mortality among other conditions. Cycling, swimming, racquet sports all aided these results. This means, that while lifting weights will improve your bone density and reduce pain, getting out of breath for prolonged periods of time will reduce your risk of an early death.

This, of course, might not be a good thing for anyone who is struggling to overcome intense feelings of worthlessness. But, another side to all this is the fact that playing sport or having active hobbies makes life more fun, it gives your life more purpose and gives you something to look forward to at the weekend, instead of wasting away while sitting on the sofa watching C-list celebrities trying to dance.

Finally, this recent study on Japanese workers (6) showed that those who ate more fruits and vegetables had generally better moods. A good combination of dietary fibre means that you have a well fed and balanced gut microbiota, this isn’t just good news for your bowels and immune function. There is now an emerging body of evidence which seems to show that maintaining a good balance of gut bacteria can positively affect your mind. We live in stressful enough times as it is, if you are eating a shitty diet you are likely setting yourself up to deal with life in a way that might be damaging to your mental health.

Take-away (not that kind of take away)

From this it’s pretty safe to say that eating a healthy and balanced diet, one that contains regular feedings of protein, and lots of vegetables and fruits is going to be really good for your health. That’s not really news, if you’re honest with yourself you know this already. Further to that, getting your arse moving is great for your heart while lifting heavy things a couple of times per week will keep you strong and ensure that your bones don’t break at the mere thought of falling off your gaming chair as you get older. Let's put in bullets:

Make these processes into habits, start with one habit at a time and keep going until you are incorporating these things into your life as easily as brushing your teeth or telling people on the internet they're wrong.

Because you’re reading this on the TM Fitness website I know that I am preaching to the choir. For those people (including my former work chums) who aren’t doing these things and are unlikely to do so until they start to appreciate themselves a little more this isn’t even on the radar. But, if you know someone who is starting to open up to the concept of investing in their health tell them that, once they become a priority in their own life this all becomes second nature. It’s not difficult to train 3-4 times per week, play a sport and prepare a bunch of meals ahead of time each week, if the benefits of doing so matter to you. it’s just something you do. Next, send them this article so that they can see there’s more to it than just doing tons of meaningless cardio in a vain attempt to burn as many Calories as possible, and that getting a rippling six-pack isn't the be-all and end-all. Although they might just get one of those too which is a nice bonus.

This kind of health first approach is pivotal to my approach as a coach, if you want more info of this nature then you must buy my book SLEEP LIFT EAT, or join my private Facebook group for recreational athletes like you.