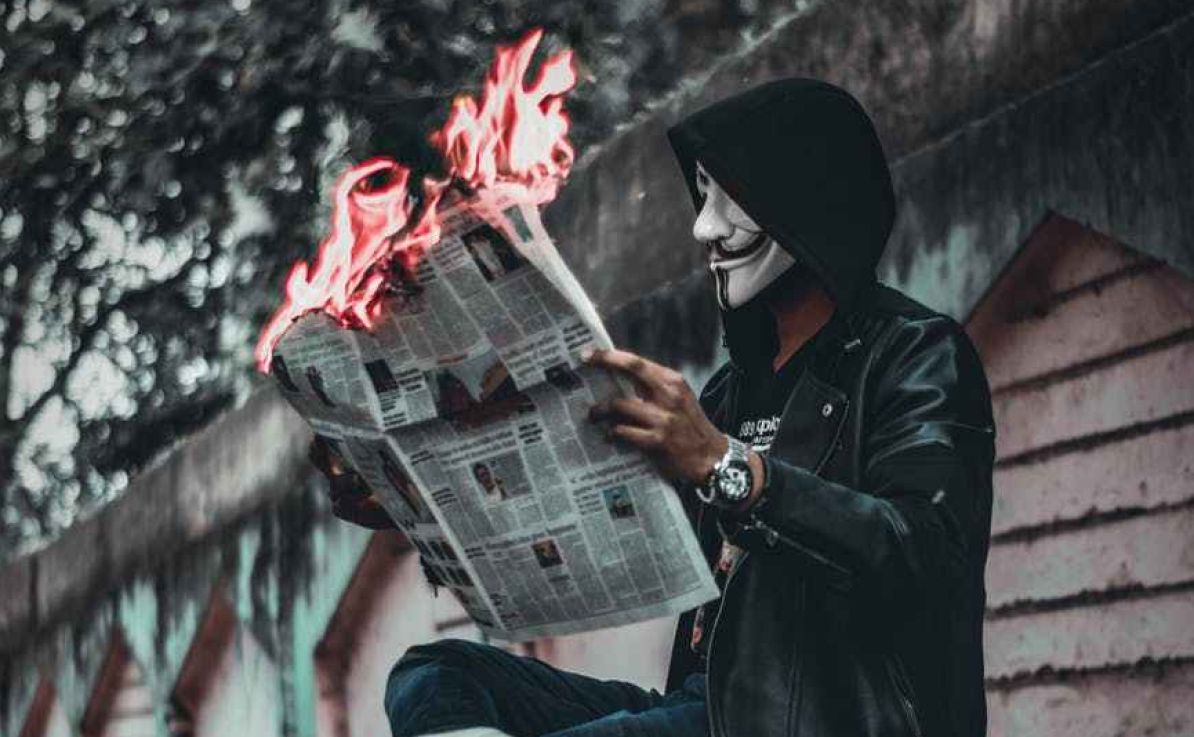 When it comes to scientific research there's a process that has to be followed. Look at the image here, this depicts the hierarchical approach to empirical data accumulation. The base of the pyramid is the starting point, these are discussions and theories but pretty useless for forming opinions or guidelines in isolation. Moving up we start to see some actual  experiments taking place. This would include epidemiological experiments - basically, examining a thing in isolation in test tubes or petri dishes, (which may or may not confirm a theory about a mechanism) and animal research, which you can argue is unethical but, if a bunch of rats die from being injected with 10x their bodyweight in Aspartame (for example), at least we know not to do that to humans. These tell us whether a thing is really a thing or not, but they can't really tell us how this works in the real world. Animal research, however tends to lack control and stratification, not only that but it often doesn't carry-over to human trials, because humans and rats are biologically different. An example of this is the difference in carbohydrate metabolism between humans and rats (8).

If you look at the citations in books on ketogenic diets, Atkins, Banting, etc... basically anything by messrs Volek, Phinney, Noakes, etc. you'll find a LOT of animal studies but very few, if any, human trials. That, my friend, is called cherry picking! Anyway!

After the in-vitro and animal studies, we start to get more discourse, observational data and some more controlled human trials. Randomised Control Trials are good, they tend to have a control group (maybe a placebo) and usually, though not always, stratify populations so they give us much more reliable feedback. The gold standard is a double blind control trial. This is where a thing is compared to another thing, with one of those things being an actual thing and the other not (the placebo). For example; testing a glucose drink versus flavoured water. Blinding means that the participants don't know whether they are consuming the thing or the non-thing. In a double blind trial, the researchers don't know which group they are analysing either. This way you get unbiased test results.

Finally, there's systematic reviews and meta-analysis, where a team of scientists review a bunch of data on a given subject and attempt to form an evidence-based opinion. This is when we can start to form protocols and guidelines. It's systematic reviews like this that tell us why vaccinating children again measles is important and why not doing so is dangerous, not just to the un-vaccinated child but to every child that comes into contact with the un-vaccinated child (6).

Studies also reveal any conflicting interests and funding sources so you can tell whether they have been bought out by so-called "Big-Pharma" or not. Spoiler, they're almost certainly NOT! In fact, researchers often have to pay to have their research published, which is then hidden behind a pay wall by the publishers and the original researchers don't see a penny of those royalties. Wanna know who started that system? Robert Maxwell, a media mogul of (at best) extremely limited moral fibre. Don't take my word for it, do an internet search to see what a toe-rag (not the words I wanted to use) he was.

I decided to have a look on the Daily Mail website on their "health" section to see what kinds of headlines they had on there and if they were likely to display bias or sensationalism. You'll never guess what I found... OK, maybe you will. I mean, the Daily Mail aren't exactly renowned for their integrity are they?

The 14 things that could KILL your children: The common hazards in your home that can injure kids - including changing tables, blinds and toys

Great, let’s scare the life out of mothers everywhere...

Former Miss Illinois, 21, diagnosed with nail melanoma after mistaking dark line on her thumb for a bruise

Cancer's no joke, but this kind of headline just instils fear unnecessarily. Now I guarantee you're checking your finger nails!

Student, 19, reveals how she vomited blood when a SNEEZE caused her to snap the metal rod that straightened her 63° S-shaped spine

This was accompanied by some really nasty pictures of her scar, the poor woman. Must have been a slow news day.

No excuses: Five portions of fruit and veg can cost as little as 42p, reveals charity

Finally some non-sensational information that you can actually benefit from.

Get fit in 15 minutes: The best exercise and nutrition to improve your posture

How can nutrition affect posture exactly? The article was complete bollocks by the way, clearly written by someone who has never read a physiology text book in their life.

Let’s look into this one in a bit more detail, shall we?

You are NOT a Mouse AKA: It's A Trap!

This is what the authors were studying here; " In this study, we sought to determine whether and how dietary BCAA manipulation influences health-span and lifespan in mice. "

They took 312 male and female mice. The mice were fed one of four isocaloric (having similar energy values) diets ranging from 20% to 200% Branch Chain Amino Acid (BCAA).

- BCAAs are the three essential amino acids most responsible for stimulating muscle protein synthesis, these are Leucine, Isoleucine and Valine. They are available in all complete protein sources, particularly in animal sources such as meat, eggs or dairy.

At the end of the trial it was found that the mice which had been (massively) overfed BCAAs had gained weight and developed a few health complications (as we always see in overweight populations). Remember, that these were isolcaloric diets, so no adjustment in Calorie intake was made despite the increase in consumption. The conclusion?

From that, the papers some how came to the conclusion that drinking protein shakes will make you fat and give you cancer. I mean, that's a next level of retarded bollocks. I'm not completely dismissing this study, by the way, it adds to the data pool but it has no significance beyond showing that when mice are massively overfed BCAAs they get fat and sick. If anyone is placed into a chronic energy surplus (more Calories going in than going out) they will gain weight and, being overweight and having a high fat mass index is positively correlated to a number of chronic health conditions. The problem here is too many Calories not too much protein. Besides, no one would consume the amount of BCAA that these rats were fed. 200%?? That's DOUBLE total calories, so if you eat 2,000kcals per day, and BCAA's contain about 2kcals per gram... that's 2,000 grams of BCAAs! Even if that's a complete protein, at 4kcals per gram, you're still looking at about 1,000g of protein! Of course you would get sick if you consumed that much!

So you see, newspaper reporters are usually completely incapable of interpreting scientific research. As I said at the start, they mostly only read the abstract or even just the title, and then they put 2 and 2 together and come up with 37! It's likely that they are not trained to interpret this data and should therefore not be reporting on it. Or they are deliberately misrepresenting the data for clicks. Which also means they should not be reporting on it. This is how fake news spreads.

What We Need to Know About Protein

Well, it's an essential nutrient that is responsible for growth and repair of cells in your body. So much so that current research shows that HIGHER protein intakes are necessary to avoid Sarcopenia and Osteoporosis in ageing populations, with 0.4-0.6 g/kg being the ideal range per meal (3). To put that into perspective a 70kg person would need 28 - 42g of Leucine rich protein per meal for optimisation. Leucine is one of those branch chained amino acids I mentioned. In other words, low protein diets result in loss of muscle and bone density, especially as we age and these are potential indicators of early mortality.

But these mice were overfed BCAAs, so maybe eating too much protein could lead to excess fatness in people following a high protein diet? Interestingly, the opposite seems to be the case. In this example a group of trained individuals were given a hypercaloric high protein diet, with protein set at 4.4g/kg which is about double what most high protein diets would have you consume (4). The results? No change in body weight and some minor improvements in body composition, with reduced fat mass and increased lean mass. Granted it was a small sample group and these were lean well trained and young subjects, but an interesting result none the less. The ISSN positional stand on protein consumption for athletes states that 1.4-3g per kg of body mass is ideal for building muscle and that intakes upwards of 3g per kg are safe (7).

That's just a couple of examples of where protein is important in one's diet and whether that protein comes from a shake or a piece of chicken is irrelevant. Although, it is sensible to get the majority of your protein (and other macronutrients) from natural whole food sources, a shake isn't going to do you any harm if the rest of your diet is on point. Consume whole protein sources, not BCAA supplements, because complete protein sources from food (including whey which is a dairy-based whole food) is superior. BCAA supplements are an expensive waste of time if you are already consuming an adequate amount of protein daily, because adding more BCAAs to an adequate protein intake doesn't add anything (5).

In summary, it's fair to say that getting nutrition advice from mainstream media outlets is a silly idea, and one that you ought to change if you currently pay attention to such headlines. Newspapers, tabloids especially, are the worst and as for those documentaries on Netflix? Just shoot me now! They butcher science and distort facts to meet the biased agendas of the film makers, and that's the nice version of my opinion.

Instead, get nutrition advice from nutritionist coaches, scientists and Registered Dieticians. But, understand that we all have our unconscious biases and not everyone is up to speed with current nutrition research. If you follow someone and they often seem dogmatic in their opinions and use hyperbole or refer to conspiracies, like the so-called "Big-Pharma" or "Big-Dairy" or "Big-Sugar" monopolies you can bet that at best they are an under qualified lunatic and should NOT be giving health advice to anyone - hello Gwyneth Paltrow!

Lastly, if you are considering learning about nutrition but don't know where to start. I can't recommend the BTN.Academy enough, their level 4 nutrition certification is the first of its kind in the UK and set to change the way nutrition education is conducted in this country. In fact, if you would like to see how Academy manager Tom Bainbridge critiques news articles, watch this video HERE.