Carbohydrates and Fat Loss; The Truth 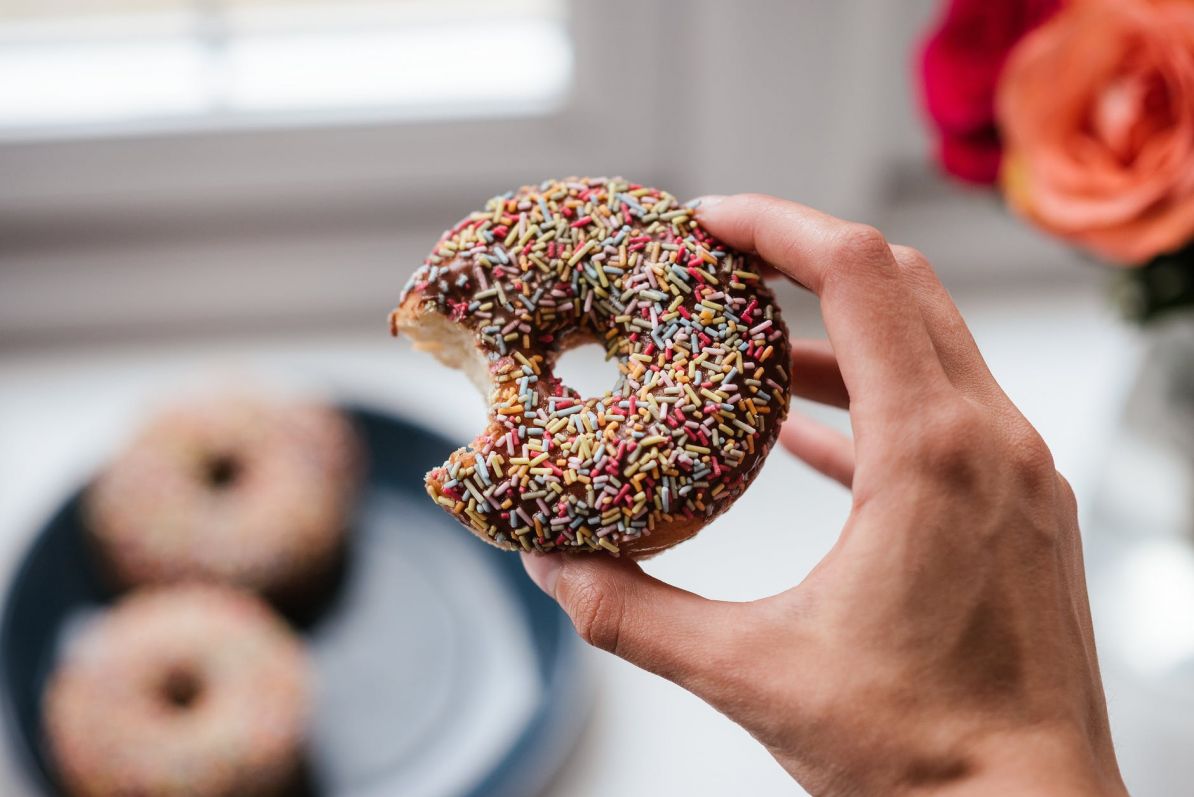 **This is a guest blog by Tommy Cole, author of The Smart Shred Diet**

I sat there as a young, impressionable, budding nutritionist, absorbing all the information I was being told by a nutrition guru I looked up to at the time.

Information that I now know to be complete BS.

He was telling me how sugar is the devil of nutrition, high GI carbs don’t have their place in the healthy diet, and that fruit–yes, fruit(!)–is fattening, simply because it contains sugar.

This led me down a fruit-fearing, carb cutting, year-long phase of my life I like to refer to as my doughnut drought.

My former self wasn’t alone in this thinking though, and now–more than ever–it seems as though carbs are being blamed for everything from fat gain to the plague.

That simply isn’t the case though.

So, this blog is here to set the record straight, and by the end, you’ll know the truth about:

If it helps even one person steer clear of a doughnut drought, I’ll be a happy blogger.

Sugar: Is It Fattening? 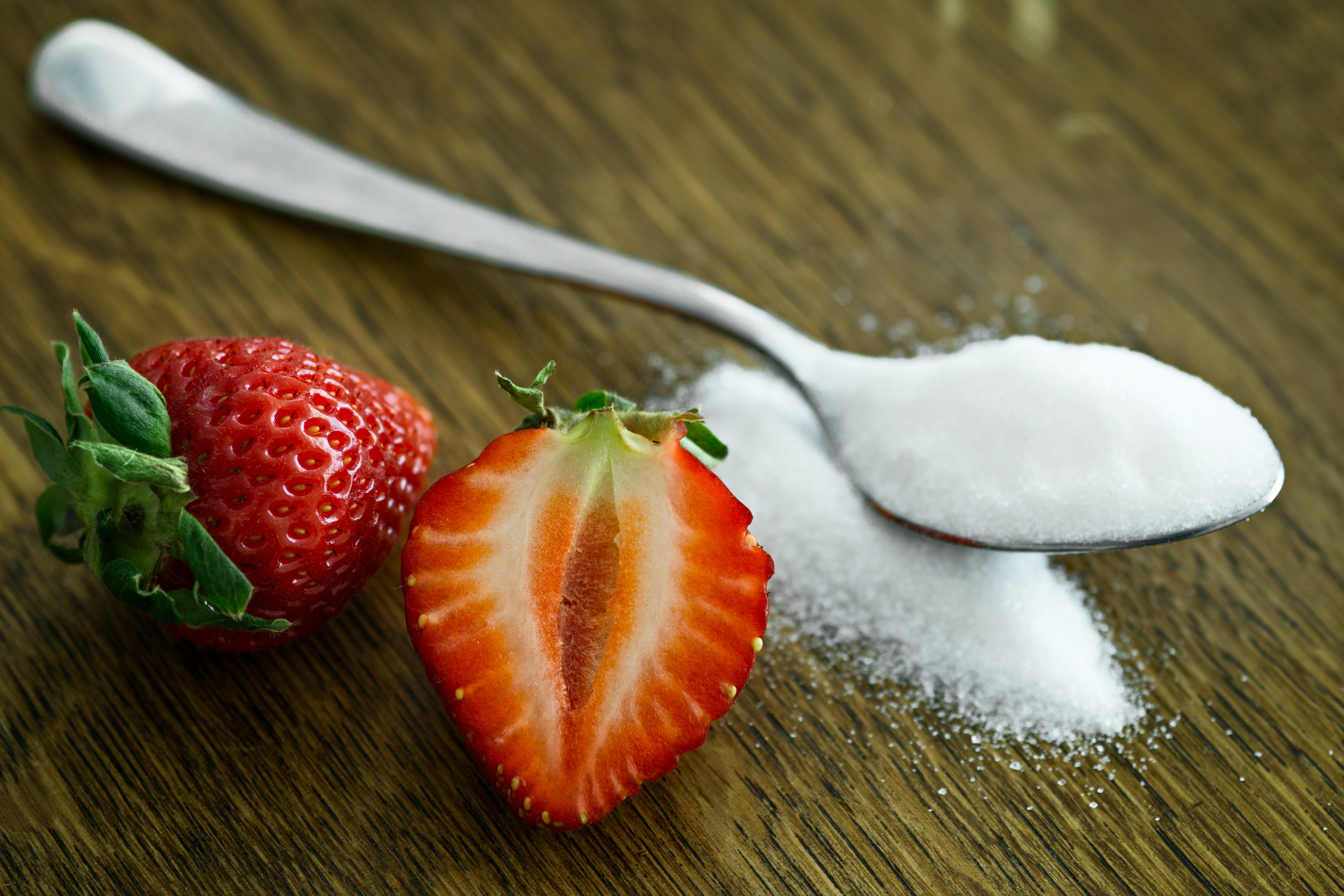 No doubt you’ve been told sugar will make you fat.

And chances are this has come along with a supporting rationale along the lines of:

Now, while it’s true that (1) sugar sure does ramp up insulin levels, and (2) insulin acts primarily as a storage hormone and reduces fat burning; this doesn’t necessarily mean it makes you fat.

You see, like your financial status that is determined by the money going in and out of your account over weeks, months, and years, gaining fat comes down to the long-term balance between fat burning and fat storage; not acute periods of fat burning or storage.

Unless you’re an idiot and drop all your moolah in a single day by gambling it away, or whatever, you won’t suddenly become broke as a result of daily spendings.

Fat gain is like this; you won’t suddenly become the reincarnation of Snorlax because you ate a bowl of insulin inducing cereal.

On the flipside, you won’t suddenly lose fat because you decided not to eat carbs for breakfast either.

“Ok Tommy, so what determines whether I gain or lose fat then?”

In reality, fat loss and gain is primarily determined by Calorie balance.

Eating fewer Calories than you burn is like a fat loss switch, because it leads to more fat burning than storage. 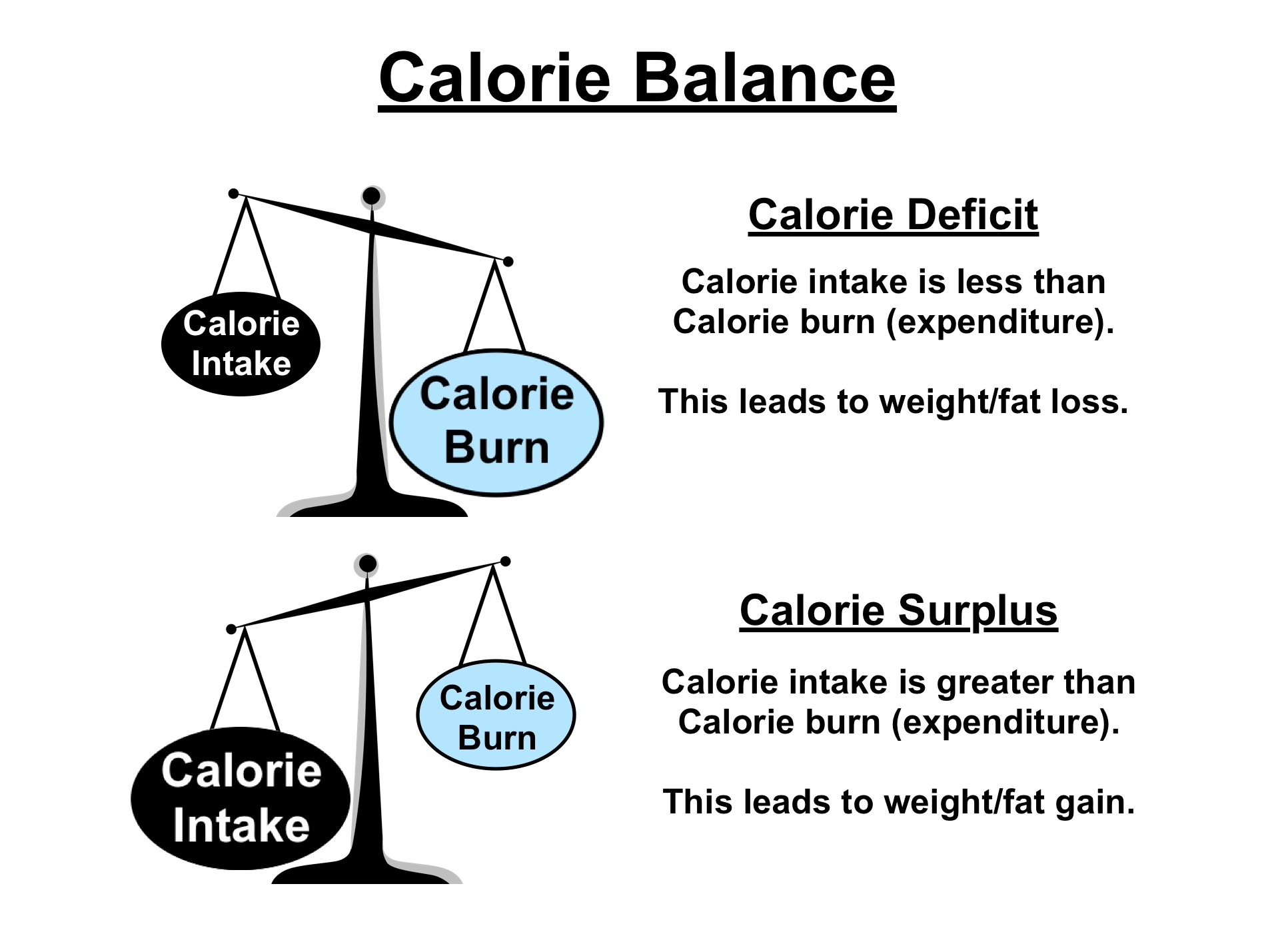 “You tellin’ me that sugar’s not fattening then?”

In a technical sense, sugar isn’t fattening as it’s not the direct cause of fat gain; that comes down to Calorie balance.

Highly sugary foods are really fricken easy to overconsume though as they’re typically pretty high on the Calorie front, and do very little to fill you up.

Just think back to the last time you ate the gooey goodness that is a cookie; did you feel stuffed and satiated after eating it?

So, while you can certainly eat sugary foods without getting fat–and even lose fat while doing so if your Calorie intake is right­ sugar-ladened “junk” food shouldn’t be a big part of your diet.

And I suggest limiting your intake of junk foods to a max of 20% of your diet.

“Ok sweet. What about natural sugars like honey; aren’t they healthier than the artificial stuff?”

Natural vs Unnatural: Which Is Best?

We gotta jump into a quick chemistry lesson here to really understand the what the deal is with natural and artificial sugars (not as scary as it sounds).

You see, sugar is a “simple” form of carbohydrate:

With that background in mind, we can refer back to the original question of whether natural sugars are healthier than artificial ones.

And if we are to look at the properties of the sugars within natural vs artificial sugar sources, the answer is:

No; sugar is sugar, and regardless of whether it’s coming from something man made or not, it doesn’t change the fact that the actual sugar molecules themselves may be exactly the same, or very similar.

As an example, let’s take the natural sugar source honey; it’s made up of both glucose and fructose in almost the same ratio at table sugar. While these sugar molecules aren’t bound together in honey, like they are in table sugar, ultimately, you get the same sugars.

Similarly, the sugar in fruits like bananas and grapes comes in a similar 50:50 glucose:fructose ratio too.

So natural or not, sugar is sugar, and your body will deal with it in the same way regardless of whether you got it from a tub of Ben & Jerrys’, or a plate of pineapple.

From a health perspective, there’s much more to food than its sugar status, and just because something contains sugar, it’s not necessarily bad.

In fact, despite what my former fruit-o-phobic self would have told you, sugary fruits like bananas, grapes, and apples are pretty damn good for you.

This is because they’re sugar sources that are packaged with lots of micronutrients your body requires to do all the fricken incredible stuff it does.

They also contain fibre, which not aids your quest for abs by making you feel fuller for longer but, is also responsible for keeping the trillions of “good” bacteria in your gut happy by being their equivalent of a big mac and providing them with a food source.

These are the two main factors to look out for when considering if a carbohydrate source is a “healthy” option to go for:

If the answer to either of those questions is yes, then I’d consider it “healthy”, regardless of whether it contains sugar or not.

Flashing back to the natural vs artificial sugar debate in question, this brings up an important point that many people get confused about, which is that refined sugary sweeteners - natural or not - should be viewed in a similar light.

By that, I mean that raw agave syrup, organic coconut nectar, and honey harvested from the depths of the Chilean rainforest should be incorporated into your diet the same way as you would table sugar.

If your goals are health and/or physique related, that means they shouldn’t be a big part of it.

Sure, they might be more nutrient dense than table sugar on a gram for gram basis, but that doesn’t mean that stirring them into your cake mix will all of a sudden make it healthy; it’s still a fricken sugar-laden cake.

So, don’t go kidding yourself by thinking that drizzling tablespoons of honey, maple sugar, or agave nectar in your coffee is far healthier than table sugar.

“oh. So that raw, organic, natural, vegan brownie I had with my coffee isn’t all that healthy?”

Na, I wouldn’t count on it.

“but doesn’t the natural stuff have a lower GI than processed sugar? That makes a difference, right?”

In some cases, yes. But the whole GI thing is a whole new can of worms to break down.

Let me explain for ya.

Why You Shouldn’t Bother with The Glycaemic Index

**A note from Troy before we continue**

Insulin is often demonized as a fat storage hormone, but that is simply not the case. Insulin drives nutrients into cells for distribution to essential organs. Insulin is an anabolic hormone and necessary for processes like hypertrophy (protein has a very similar effect on insulin secretion as carbs). In a healthy body (that's you unless you are diabetic) insulin works in synergy with glucagon to maintain a healthy homeostasis. It's a cyclical process that works really efficiently as you can see in this graphic. Back to Tommy. 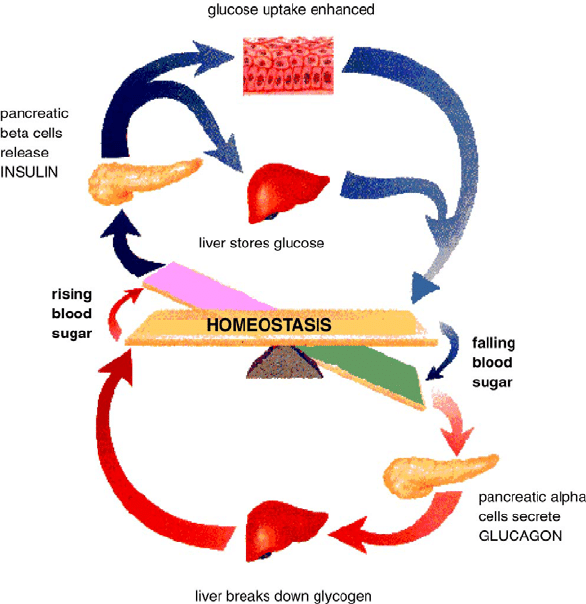 There’s a problem with this black and white way of thinking though, and despite low GI foods generally containing more micronutrients and fibre than high GI foods, there are lots of exceptions and floors with using the GI system to rate carb quality.

Eating other foods with your carbs also alters the blood glucose response to that carb source, making the GI of a food a pretty dodgy carb rating system to use. Besides, looking at individual carb sources in isolation from the rest of your diet is a very narrow-minded way to view things; do you think a bag of skittles is all that bad if the rest of the carbs you eat are fruit and veg? Nah, didn’t think so.

With that said, as pointed out earlier in Sugar: Is It Fattening, as a generalisation, you shouldn’t eat that many processed simple carbs, as they’re pros at being eaten without filling you up, which puts you at risk of gorging down on too many Calories. So, you should try to eat mostly complex carbohydrates. Seeing as some very healthy foods, like fruit, contain lots of simple carbs, this clearly isn’t a perfect system though.

So, before I leave you, I’m going to highlight the recommendations I mentioned previously so you’re safe to go on your merry way whilst avoiding the perils of a doughnut drought: 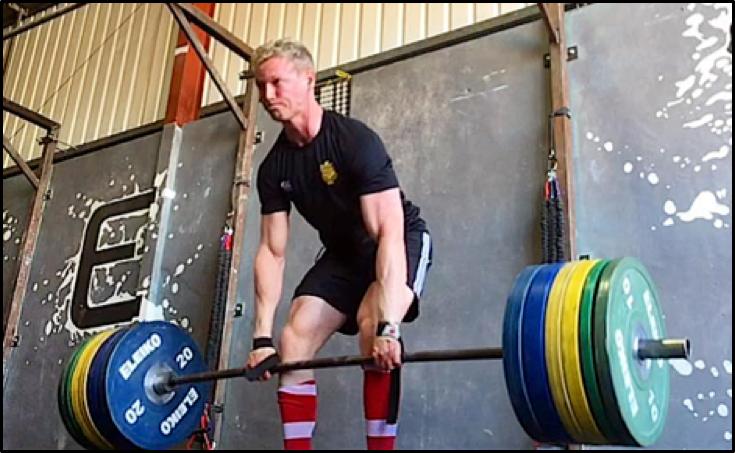 Tommy Cole MSc is a certified sports nutritionist, personal trainer and strength training enthusiast. Tommy is the author of the book The Smart Shred Diet, which he describes as: a customised nutrition plan to get chiselled abs without cutting out your favourite foods.