Your muscles need glycogen – Glycogen is the storage form of carbohydrate that is contained in your liver and your muscles - and anyone who has ever hit the wall or ‘bonked’ knows that glycogen depletion is no laughing matter. This is why your body literally tries to turn almost everything you eat into sugar, because it needs Glucose to perform muscle contractions.

Fat Oxidation (FO) is the burning of fatty acids and eating a higher fat diet will increase FO (5) but FO happens in everyone (6). It does, however, appear that the fitter you are the more efficient you might be at this and the more efficient you might be at oxidizing fats at higher intensities too (7,8). But none of the athletes in these studies were on a low carb diet so do we really need to restrict carbs to experience elevated FO? This is going to be quite individual, looking at pro cyclists it has been observed that Alberto Contador, for example, has a high ‘fatmax’. This means that he can ride at much higher intensities and still oxidise fats for energy. But, in most people efforts above around 75% will shut down FO and rely solely on Glycogen. 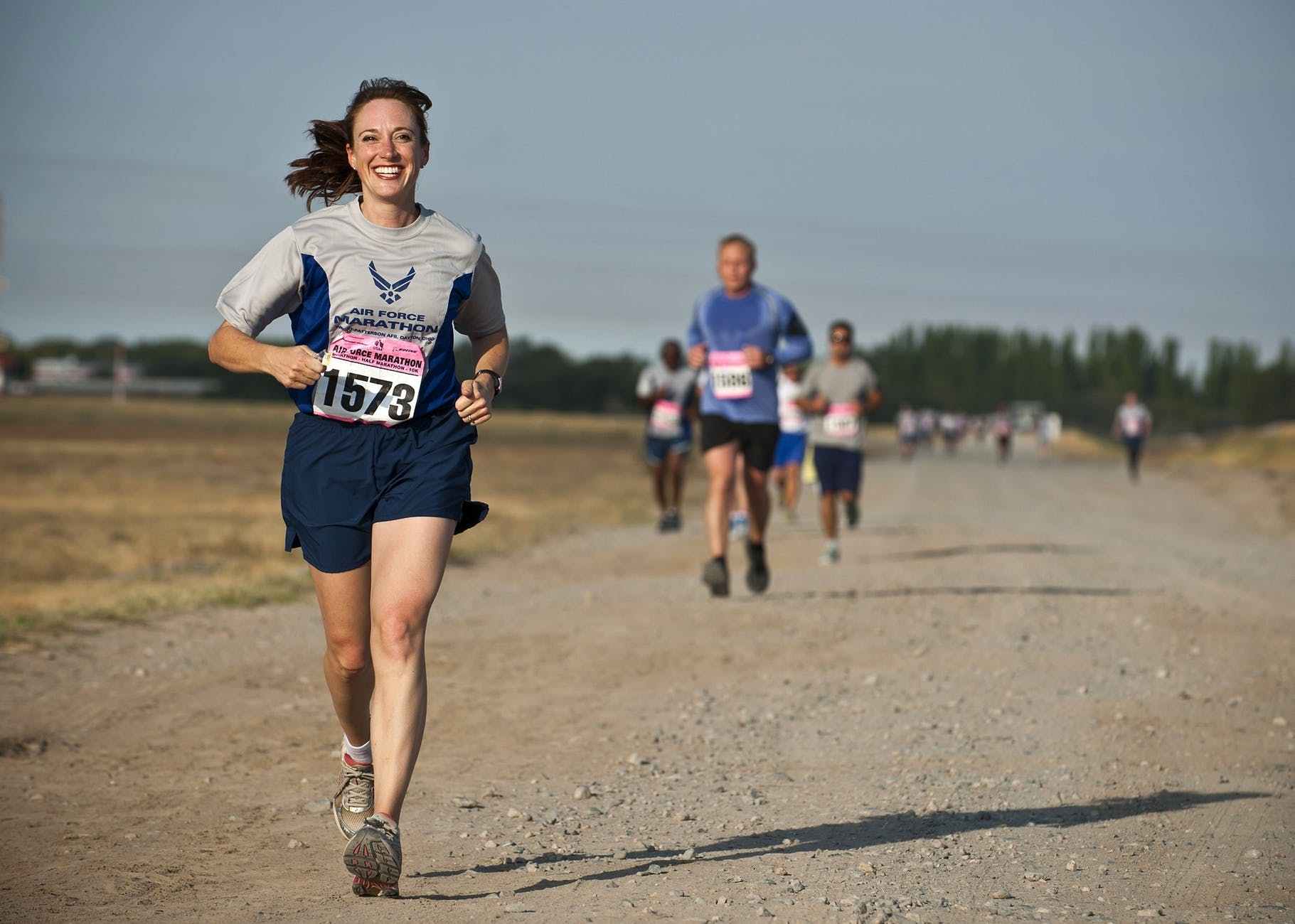 In a 2015 study by Volek et al (9), 2 groups of highly trained ultra-runners were split into low and high carb groups, with the low carb group having been ‘keto-adapted’ for a minimum of 20 months (keto-adaptation is where a highly restrictive very low carb diet is undertaken to force the body into producing more ketones. Ketone bodies are produced during times of low energy intake as a secondary fuel source for the brain), it was observed that the LC group had much higher rates of fat oxidation. The tests, however, were performed at unrealistically low intensity levels (64% V02max). Ketone bodies have no effect on physical performance anyway, they fuel the brain when Calories and Glycogen are unavailable so why be in ketosis for sports? Some anecdotal evidence shows that true ‘fat adaptation’ takes up to 6-months and, seeing as the result of this is nominal at best what’s the point of risking your whole season or race prep on a hypothetical and potentially contraindicative outcome?  It’s also worth noting that Messrs Phinney, Volek and Noakes are known to have a significant bias and are famous for cherry picking a lot of their data while ignoring (a lot of) compelling evidence to the contrary. The book The Art and Science of Low Carbohydrate Performance, for example dismisses a lot of pretty conclusive peer reviewed data which counters their argument while relying heavily on epidemiological data and animal studies.

Note: anecdotally I have known some ultra-endurance athletes who have had great success on a low carb approach but they are most likely to be outliers, and with nothing to compare them against it's difficult to draw conclusions.

Some evidence now exists to suggest that there could be some metabolic advantages to training in a fasted state (11). These are metabolic adaptations that benefit your energy systems, this has no effect on body composition, that is what an energy deficit is for. Interestingly, ‘train low’ strategies have been used in team sports for years. Water only training sessions in Rugby and football. Boxers have been known to use a ‘sleep low’ protocol, where they do intense exercise in the evening to deplete glycogen, sleep and then get up and do a steady state session before replenishing carbs.

What appears to be happening here (although there is still more research needed to clarify this) is that when the body is forced to perform on empty that drives certain biochemical adaptations which make the body more efficient at both storing and utilising carbohydrates, meaning that come race day, when you have a full tank of Glycogen you will use the Glycogen reserves a little more sparingly. In some cases, this can lead to prolonged efforts before the need to refuel arises. This can be very useful for ultra-endurance events where the biggest challenge is often the constant reflux and, often, vomiting in the closing stages of a race due to overconsumption of sugars. 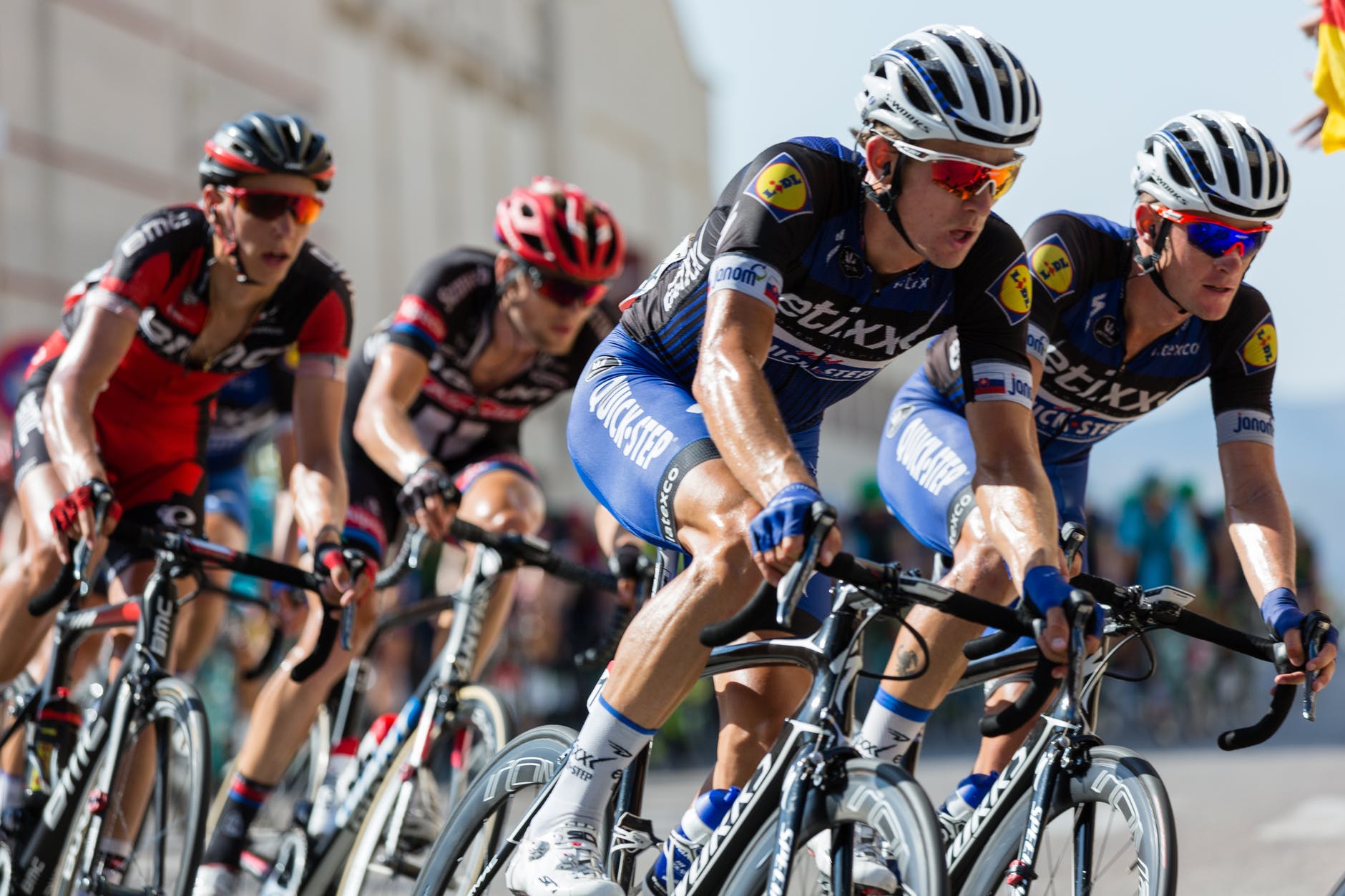 Team Sky cyclists are known to do a lot of low carb and fasted training during their off season and then consume closer to that upper end of carbs during tour events. Dr James Morton, the nutritionist for Team Sky is well documented in his assertion that carbohydrate usage should be periodized in accordance with training and race stimulus (12). But, he does not advocate low carbohydrate intake as a long-term intervention because it would largely be detrimental to physical performance. Let me be clear here: training in a low carbohydrate state WILL negatively affect your performance and dramatically increase your RPE (rate of perceived exertion). A train low approach is merely to invoke those adaptations for competing in with high carbohydrate availability.

This all points to that grey area I mentioned. There seems to be a time for low carb (and even fasted) and high carb training, followed by high carb intakes on match or race days. This is the very essence of the train low compete high principle. We call this metabolic flexibility. I attended a talk with Dr Graeme Close, the head of nutrition for the England Rugby union squad and Team GB winter Olympics squad. His athletes will have low carb and even no carb training sessions but on match day he wants them fully fuelled with as much as 10g of CHO per gram of lean mass and this means they will be consuming gels and even jelly sweets to get the fast-acting sugars into their muscles during half time.

Allow me to briefly summarise this. Carbs are very important for physical performance at higher intensities, don’t be afraid of insulin, we need this to drive nutrients into the cells of your body. But, consuming lower carbs on designated training days may improve your ability to utilise energy stores during exercise. Nutrition isn’t all about one extreme or the other so explore those grey areas. So, in conclusion 'fat adaptation' is a thing but it's not as simple as cutting out carbs and it isn't what many low carb advocates will have you believe. You still need those carbs to perform at your best.

Put it into practice

How can you make metabolic flexibility work for you? First of-all you need to be eating a well-balanced and Calorie-controlled diet. Get the basics right before you try to get all technical. This means eating a reasonable amount of quality protein at each meal, eating the rainbow of veggies and fruit and understanding how energy balance works.

Once you have all that sorted you can look at cycling carbohydrates to benefit both performance and recovery. To do this calculate your ideal protein intake per kg of lean mass, set your carbs based on grams per kg required for that day or training period with the remaining Calories coming from fatty acids. Notice that protein and carbs are prioritised over fats, that's because they are more important for performance, but because calories will likely be high you'll still be consuming more total fats than most people. If you are a high performing endurance athlete this will be quite a lot of carbs, it’s not uncommon for an elite cyclist to require in excess of 500g per day, that’s a LOT of rice and pasta! Therefore, with these kinds of numbers to play around with you can manipulate your carb intake a bit. Consume mostly complex starchy carbs with your evening meal. In the morning have some more but keep that meal low fibre if it’s a race day. We don’t want any Paula Radcliffe accidents, do we?

Immediately before and during the race or training session consume simple carbs like gels, sweets, liquid sugars or fruit (work out which works best for your digestion, everyone is different). Afterwards, have a recovery solution that is roughly a 3:1 ratio of carbs:protein.

During your training periods experiment with meal timing and food sources. Try 1-2 low carb or fasted training sessions per week. These are best done at low intensities, which means base sessions are ideal. You may want to experiment with this stuff during the off season. You might have a protein and fat meal before training if you don't fancy fasted exercise. Or, you might have a fat and protein only recovery meal post exercise. The other protocol regularly used is sleep low. This usually means you do a high intensity training session to deplete glycogen in the evening and then sleep in a carb depleted state before performing some low intensity training the next morning. It's worth experimenting with but, as with any nutritional intervention, it's always best to do it under professional supervision.

Lastly, never try anything new on race day, make all your mistakes in training.

If you are a keen recreational athlete why not join my private Facebook group for people just like you. Ask question, share success and join in with some banter. CLICK HERE and don't forget to support me on Patreon if you see value in my work.